Winnipeg – Damon Surzyshyn wrapped up the WSCC Ice Racing Championship at the Gimli Winter Festival on March 5, 2017. Going into the season final he had a slim 9 point lead in the championship and with 12 races over the course of the final weekend anything was possible. And just a few days earlier, Damon wasn’t even sure he’d be able to attend the last event at all. 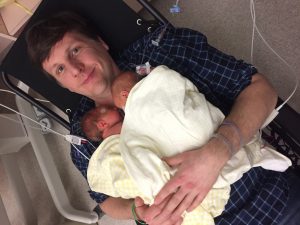 “My wife gave birth to our twin daughters, Rachel and Claire, early in the morning on March 1st. They were born premature at 32 weeks and had to go right to the NICU. I had planned to stay in Gimli for the weekend but I knew that wouldn’t work, so I cancelled my hotel and focused on the girls.”

“After a couple days when it became apparent that the girls were doing really well, my wife encouraged me to race during the day and spend the evening with the girls at the hospital. My wife is incredibly supportive and it all worked out.” 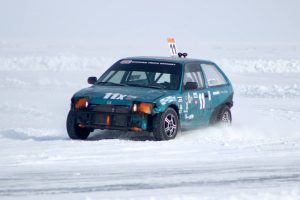 “As always, my dad was there with me to help with the car and support me throughout the race weekend. This weekend he was also there to help get me back and forth to the city to make sure I had as much time as possible with my girls.”

“I raced until the afternoon Saturday, hopped in the car, and stayed all evening with the girls, got up Sunday morning and did the same.”

“Going in to the final weekend the championship race was really tight between the top 3. Adding to the challenge the top 6 grid is reversed every race, so if you finish 1st, you start from 6th in the next race.” – Damon Surzyshyn

Surzyshyn had a good first day on Saturday, increasing his lead slightly to 16 points over second place. But with 54 points on the table for Sunday it was far from over. 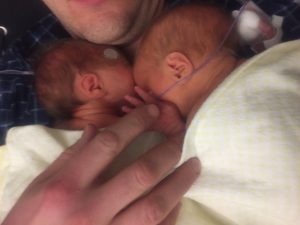 “Saturday was a good start to the weekend, I won the first race of the weekend and had a a couple 3rds, a 2nd, a 4th and ended the day with another win. The track was really technical and extremely slippery. It was very important to not make any big mistakes as getting stuck in a snowbank would cost me a lot of points.”

The track was part of the AMG Mercedes Winter Driving Academy that is on Lake Winnipeg directly behind the iconic Lakeview Hotel in Gimli, Manitoba.

“It was really cool to be racing on a track designed for evaluating the handling of Mercedes AMG cars. The track layout was very technical and very slippery. The challenge was finding the grip. Every lap I was trying different lines looking for a little more traction. I ended up using some pretty strange lines, but in ice racing traction is way more important than driving the traditional racing line.” – Damon Surzyshyn 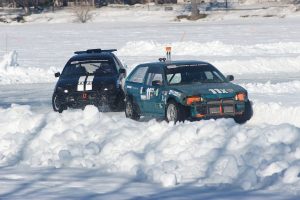 Sunday was a very good day for Surzyshyn. He won 4 out of 6 races, so despite regularly starting at the back of the pack he was able to make his way to the front to take 4 victories and 2 second place finishes. He secured the championship in the penultimate race.

“Wrapping the championship up with one race to go meant I could relax and just have fun and push really hard in the last race. Mike Demchenko and I had a really great battle going on in the last race of the season. He was leading and I was trying everything to get by, but he was holding me off very well. Coming into corner 3 he clipped the bank on the inside of the track and launched his car up on 2 wheels. I was right behind him and wasn’t sure what was going to happen. His car rolled and I just avoided him. They red flagged the race and Mike was un-hurt. It was a pretty crazy way to end the season.” – Damon Surzyshyn

Damon will be back on track in May racing Formula Vee at Gimli in the WSCC Road Race series and will be keeping an eye open for opportunities to return to Pro Racing in the Pirelli World Challenge. 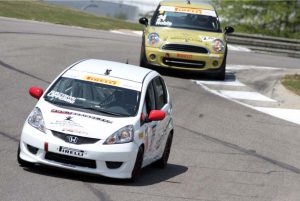 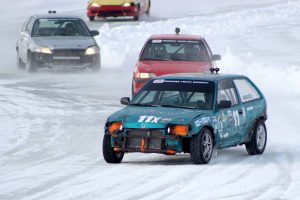